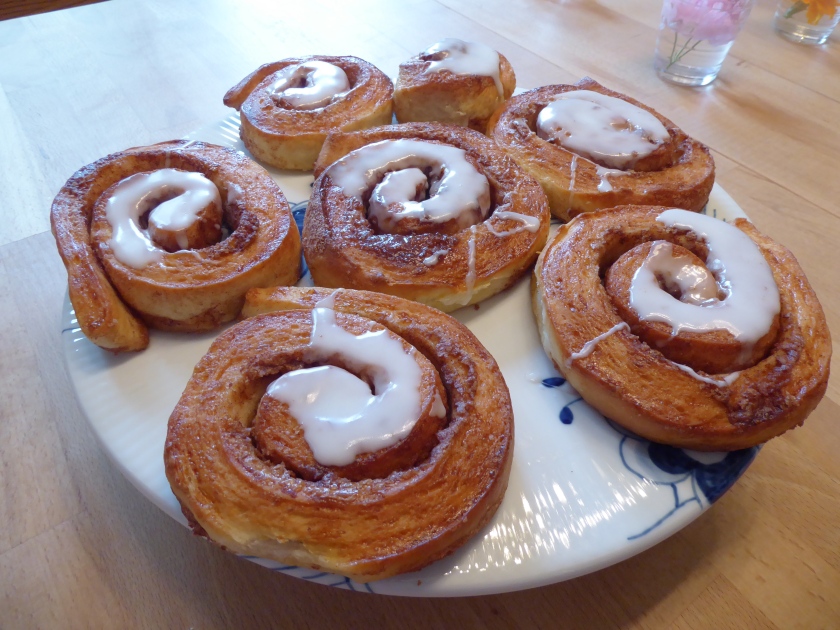 Spring is here in full bloom with 85 degrees fahrenheit outside. I would never have thought I was going to call 85 degrees “spring weather” – those temperatures would be characterized as a “heat wave” in Denmark. Warm weather obviously calls for a different kind of hygge than wool socks and hot chocolate. But this does not mean that you cannot hygge when it is hot outside! It is just a different kind of hygge. It is almost more hygge with warm weather because it gets most of us outside and the outdoors is relaxing. Alright, enough talking – lets get to the cake;) 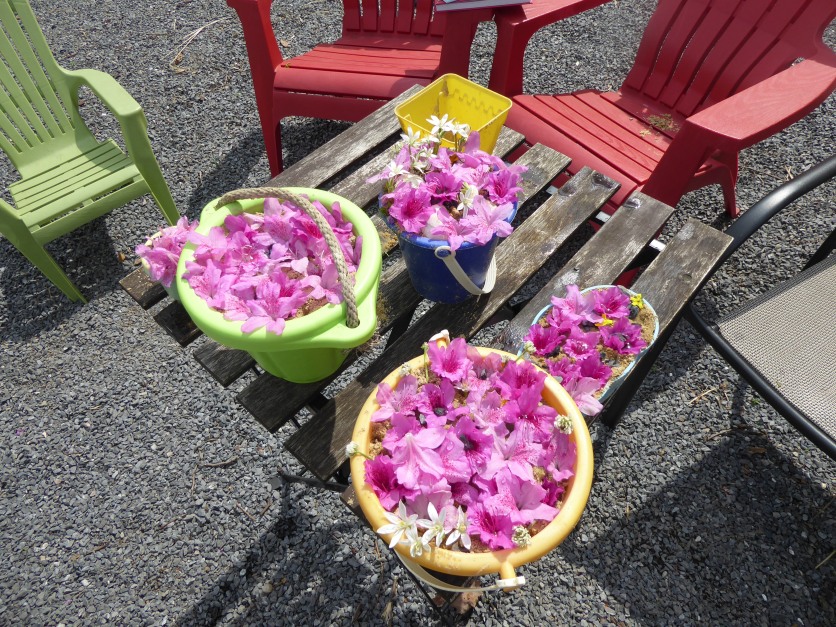 This is not the Friday cake, lol, but my daughter and her girlfriend’s flower-frosted sand cakes

The cake I have made for this week’s Friday hygge is Danish cinnamon rolls or Kanelsnegle as they are called in Denmark. I make them with a bun-like dough and not with real Danish pastry dough which needs to be rolled out so many times I have never even tried it. Besides, in Denmark you can just go to the bakery for the “real” danishes so why even bother making them yourself.

Anyway, these homemade doughy cinnamon rolls are quite a big hit with my husband and children. While I love to indulge in an American cinnamon roll the Danish ones taste of home and childhood to me – and I am still able to do something after eating one of them:-)

This recipe is an adapted version of a Kanelsnegle recipe in the classic Danish cook book Frøken Jensens Kogebog. 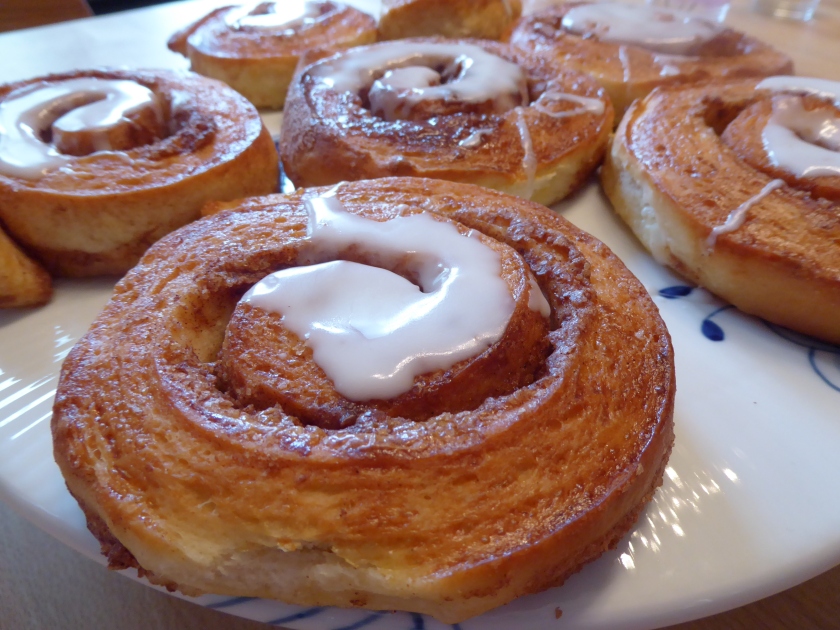 How you do it:

Proof the yeast in 1/4 cup of warm water with 1/2 tsp sugar. When it bubbles add it to a standing mixer bowl.

Melt butter in a little pot and when it is melted you warm the milk with it (without boiling just until lukewarm). Then you add it to the yeast in the mixing bowl. Stir until well mixed. Next you add egg, salt, cardamom and sugar. Knead in the flour a little at a time. This is the tricky part because you do not want too much flour, only enough so it forms a ball. Make sure it is not a dry dough so if there is too much flour in it you add more water to it, one tablespoon at a time. Cover and rise for 1-2 hours.

Meanwhile, you make the filling by beating butter, sugar and cinnamon together in a separate bowl.

When the dough is done rising you roll it with a rolling pin so it becomes a square of about about 16×16 inches. Spread the filling evenly over the dough square and then roll into a roll with the filling inside. Cut the roll into 1 inch slices and place them on two baking sheets lined with parchment paper. Press them gently flat. Cover and let rise for about 1/2 an hour. Glaze them gently with a whisked egg and bake on 390 degrees fahrenheit for about 15 minutes or until golden brown. Once they have cooled off you can ice them with a mix of powdered sugar and water. This is a classic Danish icing. Nice and simple, you just slowly add drops of water to the powdered sugar until it has the right consistency. Enjoy with some coffee or cool white wine and hygge asap!

Next week I will take a little break with the baking so if you are looking for Friday cake inspiration I recommend my first Friday Cake post “Dream Cake”:-)