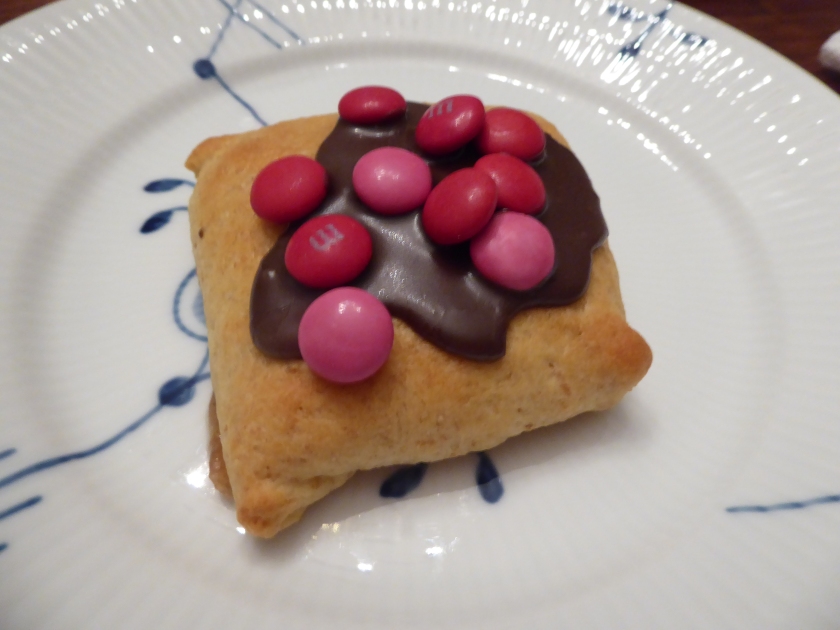 March  1st is “Fastelavn”/Shrovetide in Denmark. It is a children’s carnival based on pre-lent carnival traditions of the Roman-Catholic church from before Denmark became a Protestant nation. Children dress up, beat a hanging barrel filled with candy (similar to a pinata), eat sweet buns (“fastelavnsboller”) and also get a so-called “fastelavnsris” (twigs decorated with candy, feathers, paper flowers and home crafted masks, see images here Fastelavnsris photos). A lot of this tradition has to do with getting rid of evil powers since the Danes say that “we beat the cat out of the barrel” and originally there was a poor black cat inside. Now there is just an image of a black cat on it. The children stand in line with a short wooden bat and take turns beating the hanging barrel. The child who beats the bottom out of the barrel becomes Cat Queen and the child who get the whole barrel down is the Cat King.

Anyway, for adults the main thing is the sweet pastry buns which you can buy in bakeries all over Denmark around the season of “Fastelavn”, or make yourself. Since I am not in Denmark, I found a great recipe at Valdemarsro.com (Fastelavnsbolle opskrift fra Valdemarsro.com) and the children had so much fun decorating and eating them. I think most adults will enjoy the sweet pastry-filling with marzipan called “remonce” which is in most Danish bakery pastry and the homemade vanilla cream – also a classic in Danish pastry/”wienerbroed”. My 3 year old son literally spat the marzipan out on the floor (!!) when I gave him a little taste of this almond paste so for him I made a special variation with strawberry jam and the vanilla cream and he ate that in no time and asked for another. 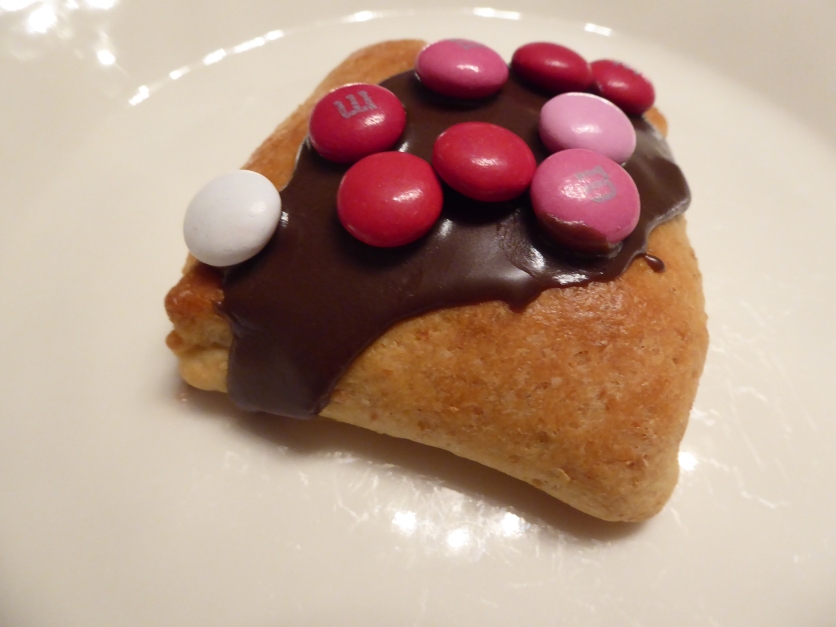 My favorite thing is that I found some pretty pink and red M&Ms for decorating. So I am planning on using the rest of these buns for Valentines Day with a white or pink icing, topped with pink and red M&Ms.

They are best the same day as they are baked so I stored half of them in the freezer without baking them and then I will defrost, bake and decorate them on Valentines Day.